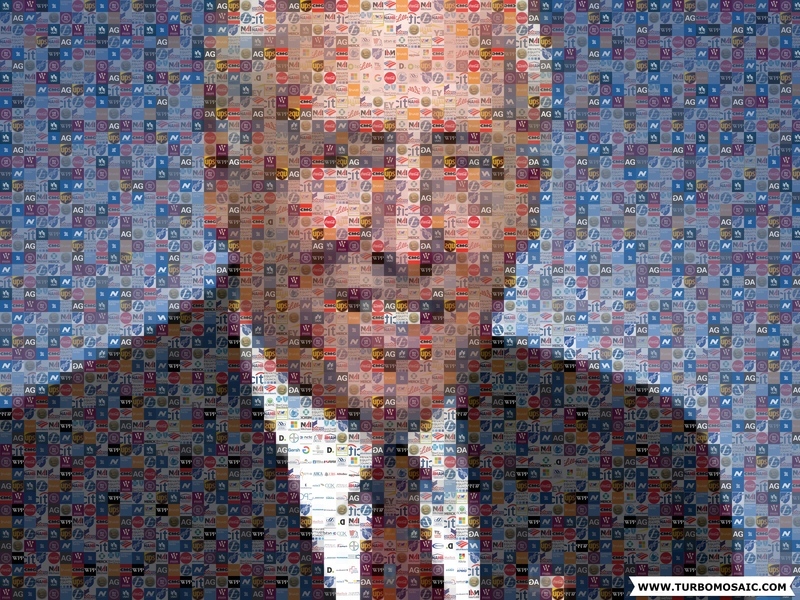 [Portrait of House Democratic Whip Steny Hoyer by Sarah Darley made up of logos of his largest funders.]

Especially with Brett Kavanaugh's accession to the Supreme Court, many are understandably absorbed with the importance of trying to end the Republican majorities in Congress for the midterm elections.

But simply always backing Democrats will likely propel the party further toward the establishment corporate right. If voters are just going to get behind a Democratic candidate no matter what, there's no incentive for them to be progressive in any sense.

Some may point to some new left-leaning candidates coming out of the Democratic Party. But even the most optimistic assessment of these candidates must acknowledge they are far outnumbered by establishment Democratic Party incumbents.

And there's a reason for that: Establishment apparatchiks in the Democratic Party go around the country kneecapping candidates who might, maybe, have some actual progressive tendencies.

Exhibit A is Steny Hoyer, the Democratic Whip in the House of Representatives who was caught on a secret audio recording doing exactly that earlier this year.

Now, noted activist and author Pat Elder is challenging Hoyer. If people of whatever stripe -- Democratic, Green, independent, whatever -- want to challenge the Democratic Party establishment, then strongly backing Elder's campaign is perhaps the shrewdest move they can make right now.

Earlier this year, Lee Fang of The Intercept reported, based on secretly taped audio, how Hoyer works "to crush competitive primaries and steer political resources, money, and other support to hand-picked candidates in key races across the country."
Michael Moore in his cathartic new movie, "11/9" smartly went beyond the obvious jabs at Trump and featured the audio of Hoyer strongarming a would be progressive Democratic congressman.

The local Calvert Recorder notes that Elder adeptly has focused on Hoyer’s top donors, "which include Lockheed Martin and Northrop Grumman, health insurance providers such as Blue Cross/Blue Shield and MedStar Health, pharmaceutical manufacturers like Bayer AG, and Exelon, the owner of the Calvert Cliffs Nuclear Power Plant."

The Recorder notes: "For his part, Hoyer said he agrees; there is too much money in politics. 'Elder is right. We need to get a handle on it,' Hoyer said, adding that he uses his donations to 'try to help' other Democratic candidates vying for seats in Congress.”

Which we know is quite backwards. Job One for Hoyer is to raise corporate cash to knock off progressive Democrats as early as possible, including those who might be serious about getting money out of politics.

Levi Tillemann a former official with the Obama administration’s Energy Department, who secretly recorded Hoyer when he was mounting a run in Colorado, said of Hoyer's work with the Democratic Congressional Campaign Committee: “They squash progressive candidates. They destroy the diversity of ideas in their caucus. They keep ideas like ‘Medicare for All,’ free community college, or impeaching Donald Trump from having a significant role in the national conversation. The issues that resonate most with voters are not the issues that the DCCC is telling candidates to focus on.”

And Elder retorts: "Hoyer's comment is deeply ironic to me. Rep. Hoyer is one of the chief benefactors of the current financial free-for-all in the American electoral process. He is a cash cow, a legal money launderer. Although Rep. Hoyer has been positioning himself as a crusader for transparency, he is only suggesting cosmetic fixes, as he has done all along. ... The deep irony stems from my work with Common Cause in Washington as an intern in 1972. Its founder, John Gardner, told me to follow the money to understand an inherently dysfunctional and corrupt American political process. I was only 16, but I took it to heart."

And forcing Hoyer to talk about money in politics is likely the lesser of Elder's effects on Hoyer already. Last year, some bemoaned Hoyer effectively backing the Saudi assault on Yemen. After getting the run around from his staff, a group of dedicated peace activists -- including Kathy Kelly and Richard Ochs -- held a protest in Hoyer's office. Elder was there that day. Several of them got arrested. Ochs is now helping run Elder's campaign. Now Hoyer at least rhetorically is backing congressional moves to end critical U.S. government support for the Saudi assault on Yemen.

Elder's challenge to Hoyer not only pushes back against corporate domination, but also tangibly for peace and against militarism around the world, from Korea to Israel to Nicaragua.

And when I say challenge, I mean virtually alone. You see, in the race for Maryland's 5th congressional district, where I live as well, the Republican (William A. Devine III) and Libertarian (Jacob Pulcher) can hardly be said to be running. They haven't even filled out their candidate profiles as requested by the Baltimore Sun. Elder of course has, as has Hoyer.

This provides a serious opening. If Elder can get into double digits, or if he pulls off a total miracle, then it cuts Hoyer down to size and can help provide an opening for progressives to challenge him and the corporate military dominance he represents. And it provides a model for other Green and other campaigns.

Elder's running a grassroots campaign, very effectively wielding his information-laden website and emails lists, going door-to-door, getting yard signs out there, going to community events and leafleting at metro stations.

I first remember meeting Elder because of his longtime activism against militarism with DAWN -- DC Antiwar Network. He now lives in St. Mary's City and is director of the National Coalition to Protect Student Privacy, an organization that confronts militarism in schools that he runs out of his living room -- and has gotten laws passed on the issue. He’s the author of Military Recruiting in the United States. And he's a practical guy, he started a real estate title abstract firm, built houses, taught at the Islamic Education Center. For just a sampling of his activism, check out his appearance earlier this year on Democracy Now: "Inside the U.S. Military Recruitment Program That Trained Nikolas Cruz to Be 'A Very Good Shot'."

When, as part of his activism, Elder was the target of government spying, the Washington Post ran a piece about it, but they've been mum about his congressional run. (Meanwhile, the media watch group FAIR notes the Post has trashed the Sanders-aligned Democrat Ben Jealous in the Maryland governor's race.)

Steny Hoyer is the Democratic Party Whip in the House. As such, he ensures Democrats in Congress stay in their corporate-military cages. If allegedly progressive Democrats don't back a serious challenge to him, it's a sign they actually love those cages.

Rather, it's past time for people to take the reins themselves and to drive the money changers out of the temple of our democracy.