My dad died this [Thursday] morning in Amman -- as he had been saying he wanted. It was fairly fast. I was with him. I'd gotten up around 9, saw him going back to bed from the bathroom, gave him a rub on the back as he went for more sleep and a few minutes later, I heard gasping. I thought maybe he was having a bad dream, but he was gasping for breath, seemed to pull away his oxygen tube. I put it back, kept rubbing and patting, called my cousin Hind who was coming over and neighbors who called 911. We were supposed to fly to the US tonight for a TAVR heart valve operation. He spent last night talking to pastor neighbor, saying he wanted to be with Jesus, that his sins were cleansed. I took this picture of him yesterday, proudly showing his file of documentation of our family's property around Tiberius, stolen by the Israeli state agencies. 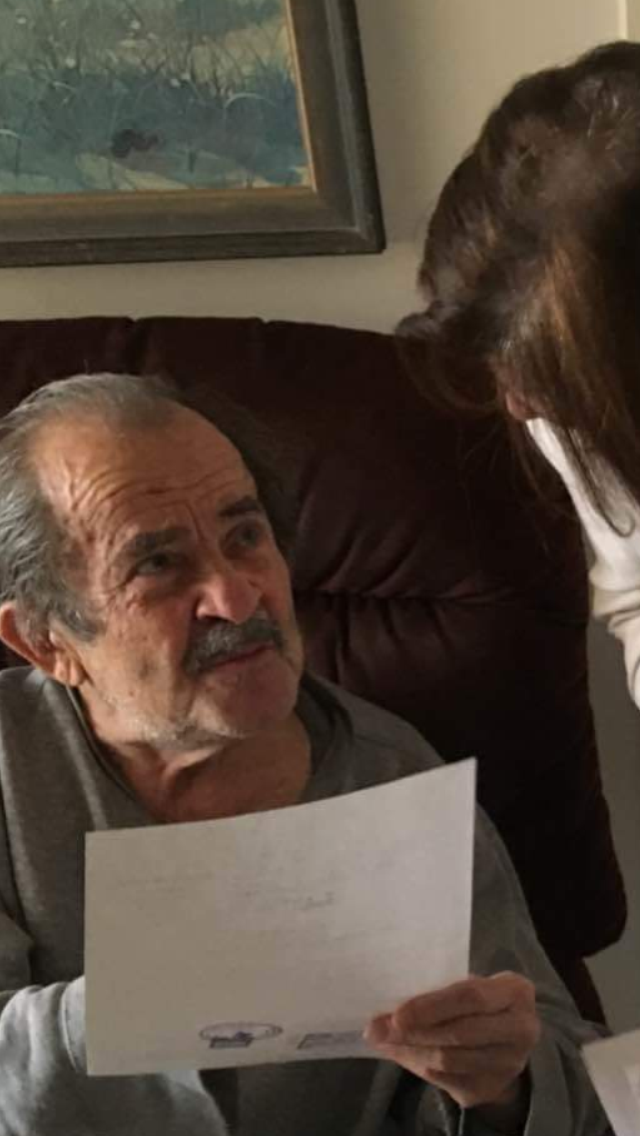